(far left) Dr. Victor Toney poses for a photo circa 1949 likely during one of his many revivial meetings held in and around the Topeka, KS area. Rev. Toney often traveled as a "Circuit Rider" (evangelist) early in his ministry.

​(second left) Dr. Victor and Mary size up an iguana during a missions trip to Guatemala.

(above right) The Toney family.

(lower right) Dr. Victor and Mary enjoying ministry together (he often made her laugh at inconvenient times). 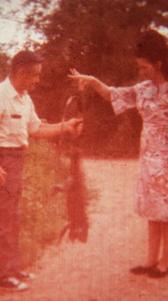 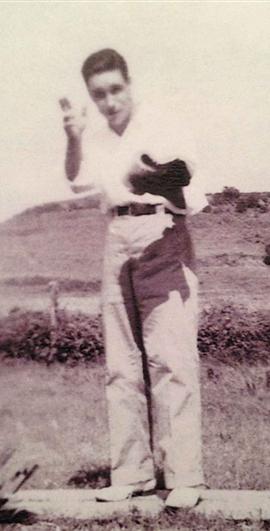 VICTOR COLLEGE | A legacy of ministry

The LEGACY: Dr. Victor D. Toney, PhD, moved to Marion, Ohio, with his young family and began the ministry that would become Current Family. As a result of his leadership, hundreds of ministers have been spawned and numerous ministries launched. Most notable is the influence he had upon the direction and expansion of the Pentecostal Church of God. As a young evangelist, on occasion, Dr. Toney enjoyed sharing the stage with other prominent evangelists such as Rev. Oral Roberts. Some 50 years later, the ministry he launched has become an integral part of the Marion community and beyond. In 2014, Current Family was honored to launch its Ministry College, naming it VICTOR COLLEGE, in honor of this amazing leader, pastor, father, husband and mentor.  (1919-2007).